This 6 -DayGreat Serengeti Migration (EAST OF THE GRUMETI RIVER & NAABI HILL) Wet season DRIVE IN – FLY OUT including Ngorongoro Crater Safari package has been designed specifically to focus on and to increase your chance to see the great Serengeti Wildebeest Migration with DRIVE IN – FLY OUT SAFARI OPTION, also with a full day in central seronera. The eastern plains of the Serengeti ecosystem encompass a massive area. They begin roughly just east of Naabi Hill. They extend east through the Gol Kopjes, Lemuta Hill, Nasera Rock, AngataKiti, the Salei Plains and all the way to the Ngorongoro Highlands. Wildebeest usually linger in north-eastern Serengeti and migrate further south in December.

You will enjoy a Serengeti East Safari during November and December when the mega herds return from Masai Mara National Reserve to the rich plains of the Serengeti National Park, east of the Grumeti River, passing through Lobo and Western Loliondo and under the majestic Gol mountains, at the northern edge of the Ngorongoro Conservation Area. Here, you will find one of the utmost concentrations of cheetahs in the Serengeti, preying on half a million indigenous gazelles and impalas including migrants. The mountains shelter colonies of Ruppell's Griffon Vultures. Wildebeest cover the central-east valleys on their way north after the long rains, and some pour through the scenic bottleneck of the AngataKiti pastures during the shorter rains on their way back south. But with or without the migratory millions, this area is breathtaking for its immensity and feeling of freedomthe world famous Ngorongoro Crater. 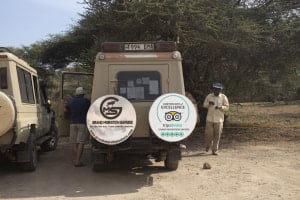